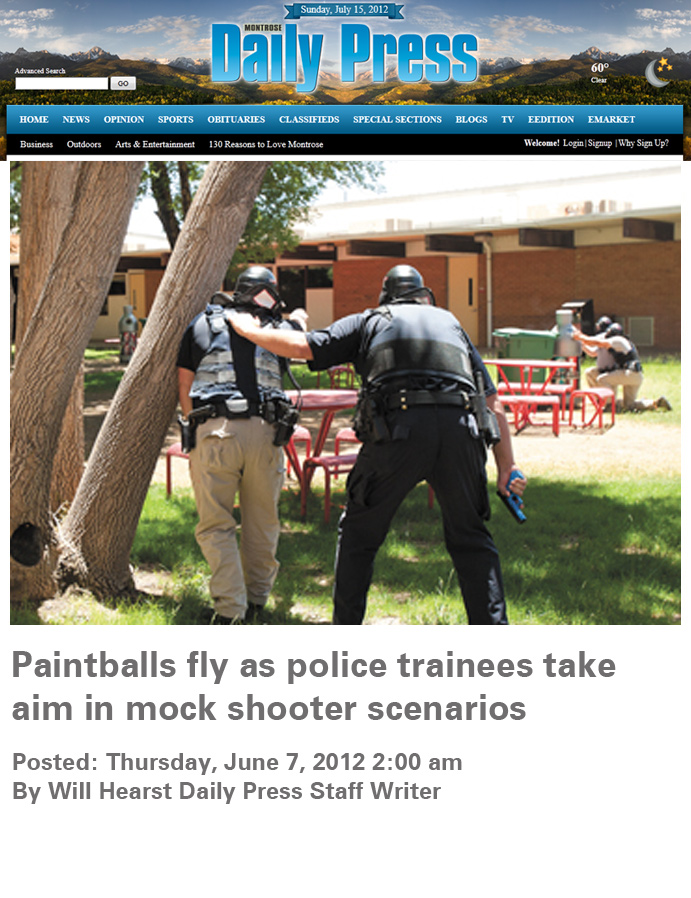 Police from across the Western Slope stormed Montrose High School Wednesday to battle a shooter who had retreated to the school’s courtyard, but the tension generated by the event was lessened considerably by the fact that it was only a training exercise.

The event was part of a series of mock active shooter training scenarios that have taken place in Montrose since Monday which included students posing as victims and other officers acting as shooters, firing soft marker bullets at trainees.

For the full story, see the scan below:
(Or follow the link to view online at Montrose Press, here) 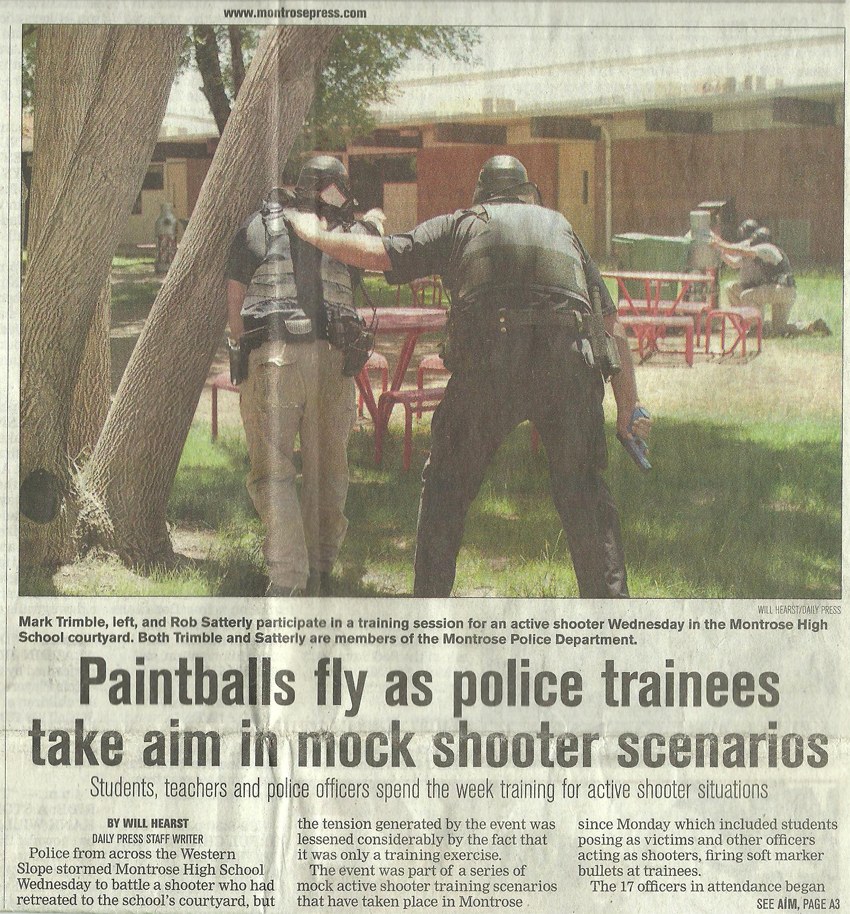 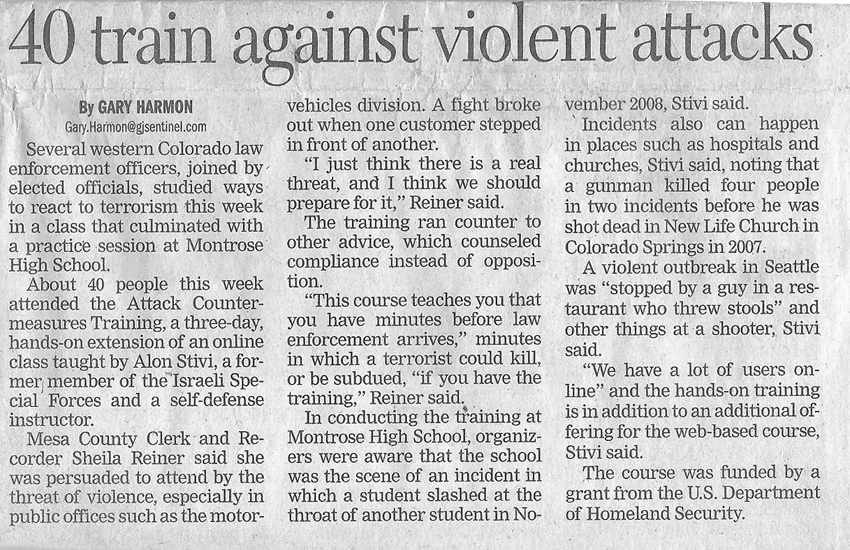